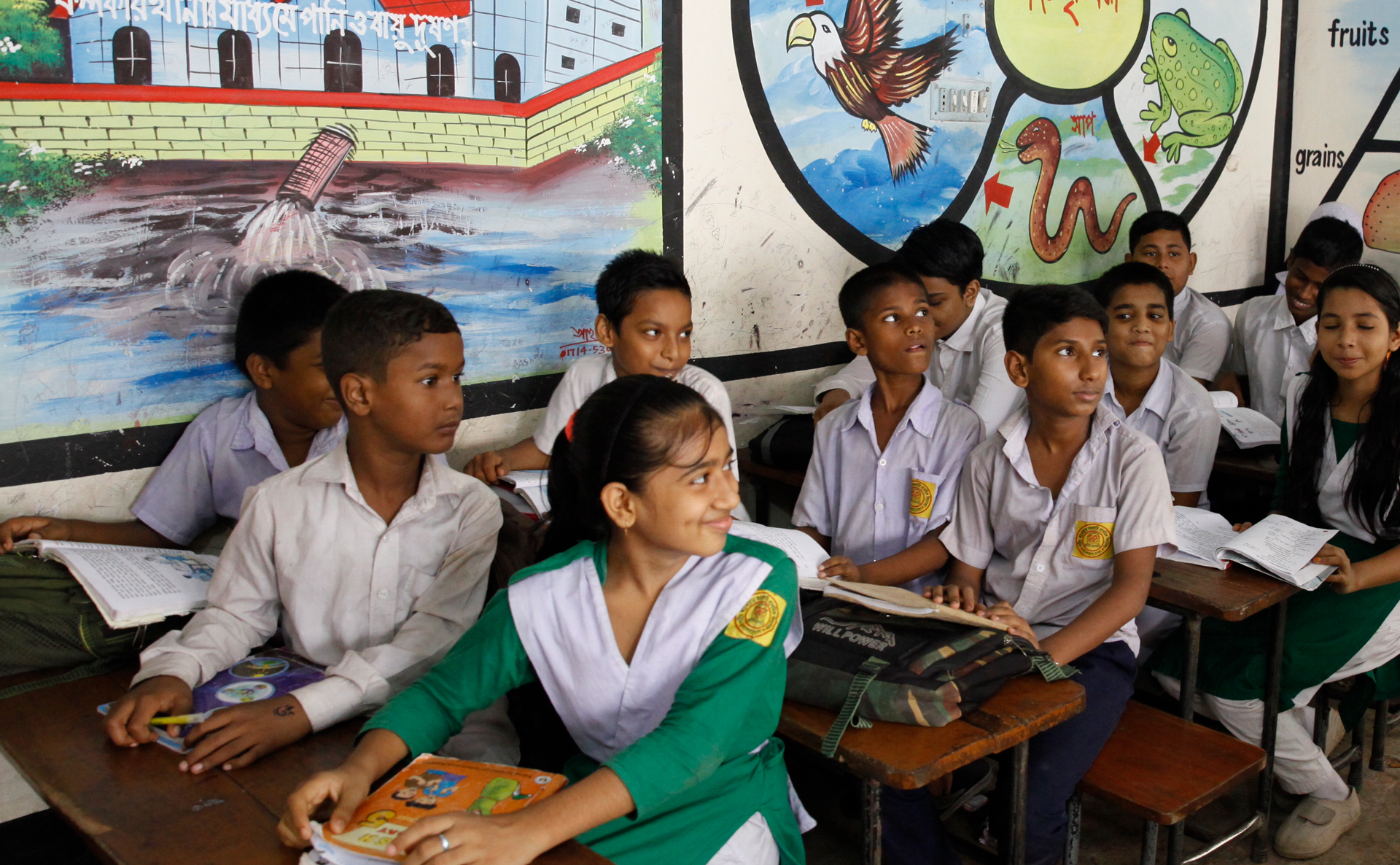 On people and environment

Bangladesh has been hosting the Rohingyas, a minority ethnic group from Myanmar, for nearly three decades. The latest exodus began on 25 August 2017, when violence broke out in Myanmar’s Rakhine State, driving more than 7 million people to seek refuge in Bangladesh. Bangladesh currently hosts more than 1.1 million displaced Rohingyas. It is among the world’s largest humanitarian responses set up to support the refugees. The Rohingya refugee camps in southeastern Bangladesh is the largest and most densely populated human settlement in the world.

In 2013, Bangladesh adopted its National Strategy on Myanmar Refugees and Undocumented Myanmar Nationals. The document recognises the humanitarian needs of the undocumented Rohingyas along with already recognised Rohingyas living in Bangladesh. It allows humanitarian actors, including those from the United Nations, to implement their strategies for the Myanmar refugees.

A National Task Force (NTF) led by Bangladesh’s Ministry of Foreign Affairs was put together in 2017 for the coordination of the Rohingya response measures. It is a policymaking body. It includes 29 government agencies. The NTF, in collaboration with its stakeholders, carries out multi-sectoral needs assessment and strategic planning.

Since 2018, the Government of Bangladesh and stakeholders, including the UN agencies, prepare a Joint Response Plan every year.  The plan has the roadmap to raise funds for the humanitarian needs of Rohingyas and the host communities.

Bangladesh’s Refugee Relief and Repatriation Commissioner (RRRC) under the Ministry of Disaster Management and Relief is the mandated agency working on ground operations for all Rohingyas living in the refugee camps.

In 2020, Bangladesh formed a policy to transform Bhasan Char, an island that emerged from the sea two decades ago, into a housing project for a million refugees. It was planned in order to address the over-crowdedness issue in the Rohingya camps. By the end of 2021, a total of 19,000 Rohingyas were relocated to the island. 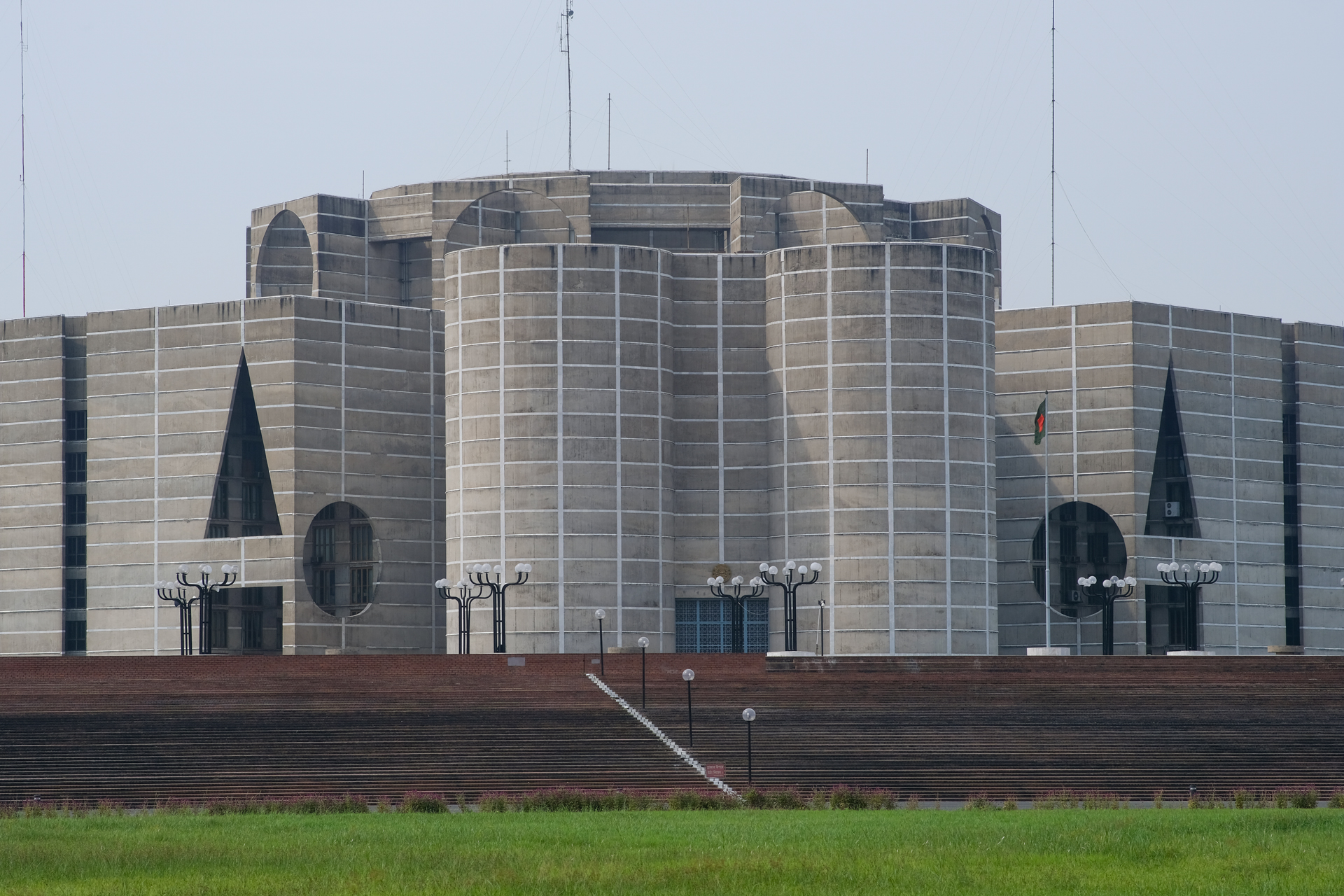 Bangladesh formulated its latest ‘Labour Policy’ in 2012. The previous labour policy was formulated in 1980. The principal objective of the policy is to ensure a productive, non-discriminatory, non-exploitative and healthy work environment for all active citizens. The policy is essentially a framework for addressing labour-related issues such as labour rights and welfare. It determines minimum wages and reviews wage-levels. The policy also emphasises on decent work, workers’ rights, labour dignity and their bargaining abilities.

Bangladesh formulated its ‘National Child Labour Elimination Policy’ in 2010. The policy was formed to address the malaise of child labour and to protect children from risky jobs. It emerged out of Bangladesh’s core commitment to basic rights for every child. It targets the elimination of risky child labour in the country by 2021, and all types of child labour by 2025. It is also aligned with the Sustainable Development Goals and other treaty-commitments like the UN charter on child rights. Bangladesh’s Ministry of Labour and Employment is the mandated agency to implement the policy.

Bangladesh adopted its ‘Domestic Workers Protection and Welfare Policy’ in 2015. The policy states that no children under 12 years old can be employed as domestic workers at any household. Moreover, child domestic workers cannot perform risky works. It also enlists what can be considered hazardous roles for children. The policy is well-acclaimed for its clarity. The policy also formalises this informal labour sector, emphasising types of wage contracts, both part-time and full-time.

Bangladesh adopted its ‘National Environment Policy’ in 2019. The policy addresses the challenges of environment and biodiversity conservation. The policy is a tool for the overall environmental conservation management of the country. In the policy, mountain environment, water life security and eco-friendly tourism issues are emphasised. The policy also identified 24 areas of interventions mandated to different regulatory bodies.

Bangladesh formulated its signature ‘Bangladesh Climate Change Strategy and Action Plan (BCCSAP)’ in 2009. Bangladesh is the first country among the developing countries to formulate an integrated action plan. The plan deals with the adverse impacts of climate change. It identified 44 programmes under 6 themes. The implementation of BCCSAP 2009 is fully underway. The plan identifies realistic adaptation and mitigation efforts of climate change challenges.

Bangladesh established an earmark fund called the ‘Bangladesh Climate Change Trust Fund (BCCTF)’ in 2010. It is self-financed revenue to ensure investment in disaster preparedness and to smoothen the implementation the country’s climate action plan. BCCTF receives its core allocation from public finances. As of August 2020, BCCTF approved 789 projects, the majority of which were implemented by the Government of Bangladesh and other by civil society groups.

Bangladesh has adopted its landmark ‘Delta Plan 2100’ in 2018. It is a long-term integrated plan to tackle the impact of climate change. It is one of the most comprehensive development documents for addressing the adverse impacts of climate change posed by the country’s deltaic formation. The plan channels environmentally sensitive financing into development initiatives. The plan also focuses on water-management to minimise the damage of river floods. It has the following six goals: to ensure safety from climate-related disasters; to enhance water security; to manage an integrated river-system; to conserve wetlands; to develop equitable governance and to support trans-boundary water resources.

Bangladesh unveiled its ‘Mujib Climate Prosperity Plan – Decade 2030’ in 2021. It is an instrument to convert climate vulnerability into opportunity. It also set an example for the Climate Vulnerability Forum: an international platform of the countries most impacted by climate change. The climate prosperity plan is named after Sheikh Mujibur Rahman, the founding father of Bangladesh. The Mujib Climate Prosperity Plan is designed to protect Bangladesh’s economy from climate hazards in times ahead.

Bangladesh adopted its ‘Energy Policy’ in 1996. The policy recognised the importance of the energy sector in the country’s socio-economic development. The policy inculcated the survey, exploration, distribution of indigenous natural gas, as well as the exploration of hydropower, the establishment of petroleum refining facilities and power generation plants and the building networks for electricity transmission. Its main objective was to provide energy for sustainable economic growth. The policy was updated in 2004.

Bangladesh established its renewable energy agency, the Sustainable and Renewable Energy Development Authority (SREDA), in 2012. SREDA is a nodal agency for sustainable energy uptake, covering the renewable energy and energy efficiency elements. It brought together all renewable-projects which were previously being implemented by different government agencies without any overarching strategy. Its long-term is to ensure the energy security of the country.

On constitutional values and journey

The Constitution of Bangladesh was adopted on 4 November 1972. It came into force on 16 December of the same year. The Constitution has 153 Articles arranged under 11 sections and 4 schedules. Nationalism, socialism, democracy and secularism were incorporated as fundamental principles of state policy in the constitution. In Bangladesh, the constitution is the supreme law of the country.

The entire legislative, executive and judicial activities of the state are regulated by the constitution. The constitution is, above all, designed to create a just society. It was created with the rule of law, human rights, fundamental freedoms and equity in mind. It also commits to international cooperation, aligned with progressive aspirations. As of 2018, the Bangladesh’s constitution has been amended 17 times.

First Amendment: First amendment was passed on 15 July 1973. It allowed the prosecution of any person accused of ‘genocide, crimes against humanity or war crimes and other crimes under international law.’

Second Amendment: Second amendment was passed on 22 September 1973. It suspended some of the basic rights of the citizens during a state of emergency induced due to a national crisis.

Third Amendment: Third amendment was enacted on 28 November 1974. It gave effect to an agreement between Bangladesh and India on an issue of exchanging certain land-enclaves and the fixation of boundary lines.

Fourth Amendment: Fourth amendment was passed on 25 January 1975. It introduced a presidential system of government from a parliamentary system.

Fifth Amendment: Fifth amendment was passed on 6 April 1979. The declared that all types of laws (amendments, additions, modifications, substitutions and omissions) made between 15 August 1975 and 9 April 1979 by the then military dictator cannot be questioned before any court or authority.

Sixth Amendment: Sixth amendment was passed on 10 July 1981. It declared that if the Vice President becomes President, then the person cannot hold both the offices at the same time.

Seventh Amendment: Seventh amendment was passed on 11 November 1986. It validated all types of laws (proclamations, martial law orders, regulations and ordinances) made between 24 March 1982 and 11 November 1986. It also protected the then military ruler from prosecution for any actions taken during 1982-1986.

Eighth Amendment: Eighth amendment was passed on 9 June 1988. It removed secularism and declared Islam as the state religion. It also decentralised the judiciary by setting up six High Courts from a single one outside the capital city of Dhaka.

Ninth Amendment: Ninth amendment was passed on 11 July 1989. It allowed the direct voting of the Vice-President. It limited a President’s tenure to two successive terms. It also provided that a Vice-President may be appointed in absence of a President.

Tenth Amendment: Tenth amendment was passed on 12 June 1990. It provided the reservation of 30 parliamentary seats for 10 years for women members to be elected by the members of the Parliament.

Eleventh Amendment: Eleventh amendment was passed on 6 August 1991. It gave all the presidential powers to the Vice-President between 6 December 1990 and 9 October 1991.

Thirteenth Amendment: Thirteenth amendment was passed on 26 March 1996. It provided for a non-partisan bureaucratic ‘Caretaker Government’ which would act as an interim government to hold national elections.

Fourteenth Amendment: Fourteenth amendment was passed on 16 May 2004. It increased the number of women reserve seats from 30 to 45.

Fifteenth Amendment: Fifteenth amendment was passed on 30 June 2011. It scrapped the system of interim ‘Caretaker Government.’ It restored secularism, nationalism, socialism and democracy as the fundamental principles of the state policy. It increased the number of women reserve seats from 45 to 50.

Sixteenth Amendment: Sixteenth amendment was passed on 22 September 2014. It gave power to the Parliament to remove judges if there were any proven examples of incompetency or misconduct.

Seventeenth Amendment: Seventeenth amendment was passed on 29th July 2018. It increased the provision of the tenure of women reserved seats from 10 years to 25 years.