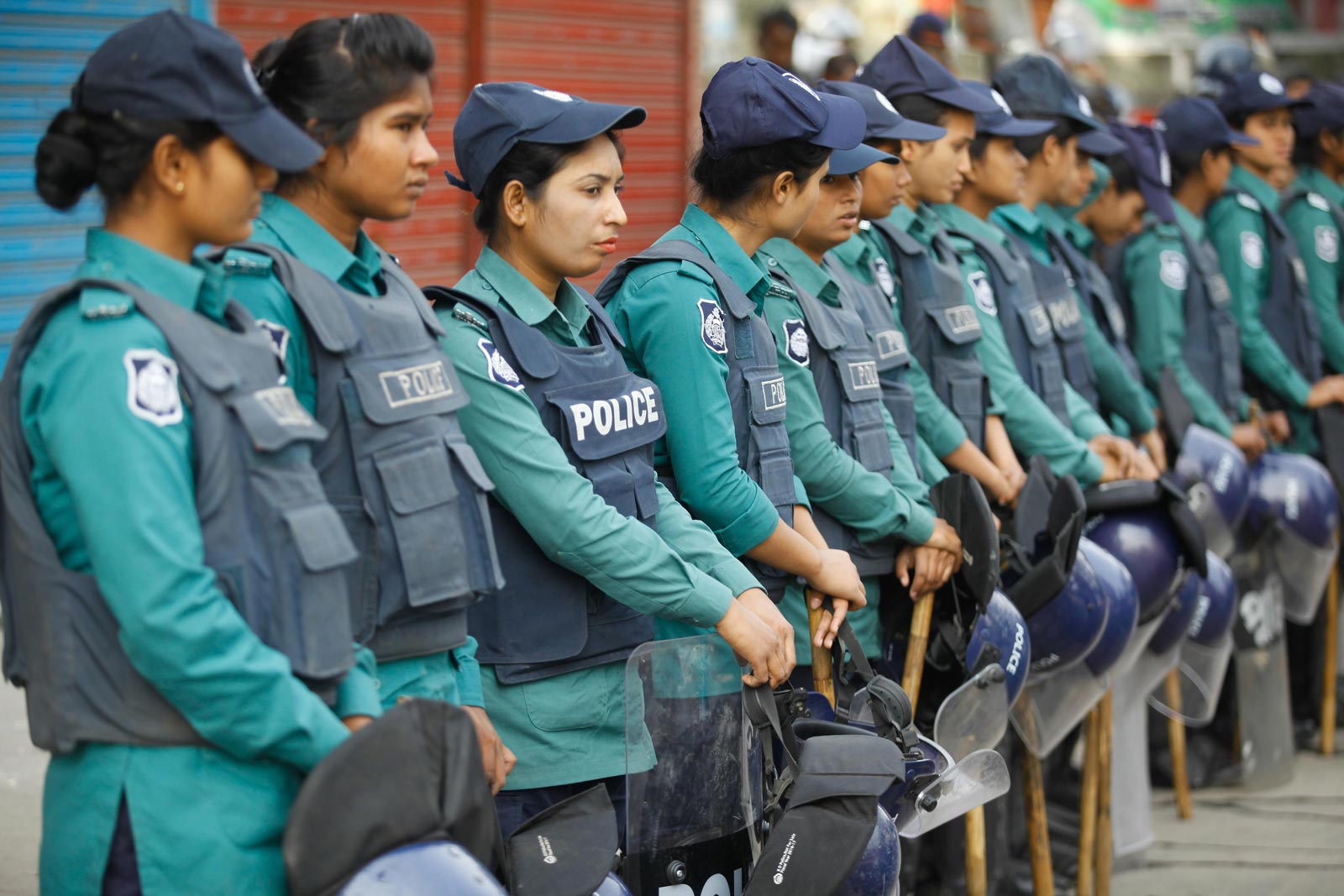 Many countries are witnessing political turmoil, which has led to situations of conflict that are endangering peace and security both domestically and across regions. The impacts of these conflicts have generated concern, which has been reflected in the discourse of global agencies such as those of the United Nations.

In 2000, the United Nations Security Council (UNSC) for the first time acknowledged that conflict affects women and men differently.[1] In this regard, it passed a resolution to ensure women’s participation in peace negotiations, peace-building and peace-keeping. Seven subsequent resolutions followed, strengthening the original resolution.[2]

The forward-looking nature of the UNSC resolutions, especially the latest one, from 2015, highlights a new set of threats to global security. These include violent extremism, radicalisation, health pandemics, economic insecurity and forcible displacement. This demonstrates that constant adaptation to the peace and security needs of nations and communities has become an imperative.

Bangladesh played a pioneering role in adopting the landmark United Nations Security Council resolution of 2000, UNSCR 1325, which aimed to increase the participation of women and incorporate gender perspectives into the UN’s peace and security efforts. UNSCR 1325 was adopted under the initiative of Bangladesh, when it was a non-permanent member of the Security Council.

Instilling gender in peace and security

The agenda of Bangladesh’s National Action Plan on Women, Peace and Security (NAP WPS), launched by the government towards the end of 2019, builds on the experiences of recent decades.

It is based on the premise that Bangladesh is not currently characterised by armed conflict or in a post-conflict situation as it was in the aftermath of its bloody War of Independence in 1971. It is somewhere between a post-conflict society and a stable democratic, society and has built on past experience but at the same time has work to do in improving its trends on gender equality and diversity.

Gender discrimination ensues from both state policies and societal beliefs. Interventions on women, peace and security must thus straddle both these spheres. The NAP WPS takes both aspects into consideration. It is to be implemented through an inter-ministerial coordination group led by Bangladesh’s Ministry of Foreign Affairs.

The NAP WPS is to be implemented within a domestic context that is particularly affected by climate and humanitarian disasters. At the same time, Bangladesh plays a proactive role in serving the core mandates of women, peace and security beyond its borders (e.g. through UN Peacekeeping Operations), and the NAP WPS reflects this.

The mandate of the NAP WPS

Women in the national peace and security context

Bangladesh has experienced major peace and security issues. Within this context, the country has worked hard on rehabilitating war-affected women since its founding days – dating back to 1972, after its War of Independence in 1971. In this same effort, the government passed a law in 1973 to punish those responsible for committing genocide, crimes against humanity and other crimes during the 1971 War.[3]

Bangladesh’s commitment to the agenda of women, peace and security also stems from its role in UN peacekeeping: Bangladesh has pioneered the participation of women female peacekeepers and further pledged to increase female troop participation.

Bangladesh has a good record in disaster management. Along its coastline there are more than 50,000 volunteers, who are trained under its cyclone preparedness programme. One-third these volunteers are women.

Bangladesh has been sheltering over a million forcibly displaced Myanmar nationals, ethnically known as the Rohingya. More than half of these people are women, who are known to have faced some of the worst forms of sexual violence in Myanmar. Rohingya women are engaged as humanitarian actors, as well as agents working against security threats, including violent extremism and human trafficking.

Bangladesh has over the years developed relevant legislation, policies and frameworks to address issues related to gender inequality and justice, unlike countries that have only recently emerged from conflict. Looking at its record, the country is well positioned to develop an agenda on women, peace and security. Some of this work has been transformed into national policies, such as the National Action Plan for the National Women Development Policy 2013 and the National Action Plan to Prevent Violence Against Women and Children 2018–2030. Given this existing policy infrastructure, it was decided to maintain the focus of the current National Action Plan on Women Peace Security (NAP WPS) on women in conflict and post-conflict situations.

The policy orientation of the NAP WPS, under its four pillars, aligned with Bangladesh’s international treaty commitments,[4] could be as follows:

In 50 years, Bangladesh has had a great deal of experience dealing with issues related to women, peace and security. It has taken its experience beyond its border through policy advocacy at international platforms, most notably at the UN. As sincere and ambitious as the national policies, though, their effectiveness lies with the implementing agencies. Each policy is implemented through respective programmes and activities, and each implementing agency must have a clear view and political will to translate the principles into practice.

Bangladesh’s National Action Plan on Women Peace and Security (NAP WPS) 2019, as a very new plan in the policy basket, needs to see a push for dissemination. Information on this policy agenda must be distributed along with mass-scale training of both government and non-government agencies. Meanwhile, of course, all through 2020, covid-19 has put a spanner in the works of the plan’s rolling-out phase. The NAP WPS thus needs to be revived before it dies a premature death for want of attention. This is especially so not just because this year represents the 50th anniversary of Bangladesh’s birth, but also because 2021 commemorates 20 years of UN Security Council Resolution 1325 on Women, Peace and Security. Animating the NAP WPS would be the perfect way to demonstrate to and share with the world the rich experience and vantage point that Bangladesh possesses in this field.