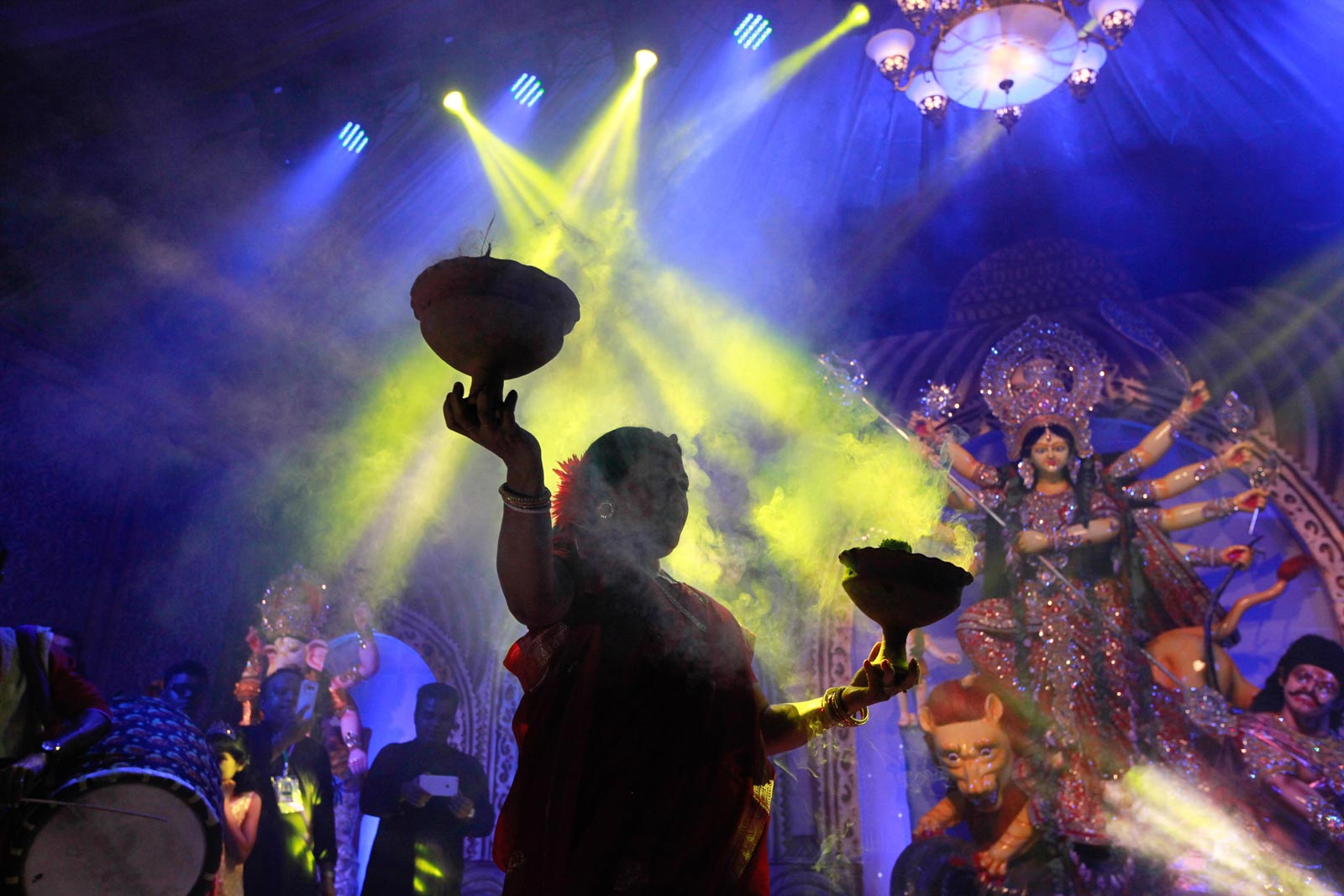 The road to secularism in Bangladesh was never expected to be a smooth one. The Indian subcontinent was divided in 1947 based on religion, whereby Muslim interest groups led by the Muslim League capitalised on the Hindu–Muslim socio-political schisms in colonial India. The partition reinforced the supremacy of faith as the core of national identity. Even though the politicisation of religion is historically ingrained in the subcontinent, Bangladesh as an independent country started off its journey with the promise of upholding and promoting secularism.

Bangladesh’s liberation war of 1971 was a manifestation of people’s will to have a society where plurality was respected. As expected, Bangladesh, a country for which people from all faiths fought, was born as a secular country. Drafted in 1972, the original Constitution unambiguously declared secularism as one of the four foundational pillars of the state. This manifestation was a depiction of the defeat of Pakistani military, which had failed to pursue an extreme religious agenda in the years preceding 1971.

Before delving deeper, it is important to note how secularism was contextualised in Bangladesh. While in the West secularism is interpreted as absolute separation of church from state, in Bangladesh it meant having equal respect for all religions and aspiring for a religiously harmonious country. Moreover, unlike in the West’s contemporary idea of “anti-religion,” secularism in Bangladesh’s socio-political contexts adopted an elaborate narrative to make everyone feel celebrated. Sheikh Mujibur Rahman, the founding leader of the country, said unequivocally that in Bangladesh people would have the freedom to practice religion but its political use would be prevented.

Bangladesh’s march towards secularism faced a crippling blow when Mujib was assassinated in 1975. The subsequent leadership included religious extremist groups, which had lost power following the liberation war, in the power share. These vested groups started to propagate their hardliner ideologies into the political arena. In fact, after 1975, the newly introduced fifth amendment of the Bangladesh Constitution gave it a religious character, with the Arabic words “Bismillah-Ar-Rahman-Ar-Rahim,” meaning “in the name of Allah, the Beneficent, the Merciful,” and its Bengali translation inserted at the beginning of the Preamble. Moreover, “secularism” was replaced as a concept with “faith in Allah.” By the eighth amendment, Islam was incorporated as the state religion. This was a clear derogation of the Constitution from its fundamental goal of guaranteeing secularism.

Although the 15th amendment restored the original Preamble and “secularism” as a fundamental state policy, the beginning of the Constitution retained the religious verses. Currently, Article 12 of the Constitution asks the state in particular to aspire for the elimination of identity-based discrimination, the non-privileging of any religion, the use of religion for political purposes or any discrimination based on religion. However, Article 2A retains Islam as the state religion. Analysts have pointed that the position of secularism in Bangladesh’s Constitution is fuzzy, as it accepts secularism as one of the fundamental principles but also recognises Islam as the state religion. 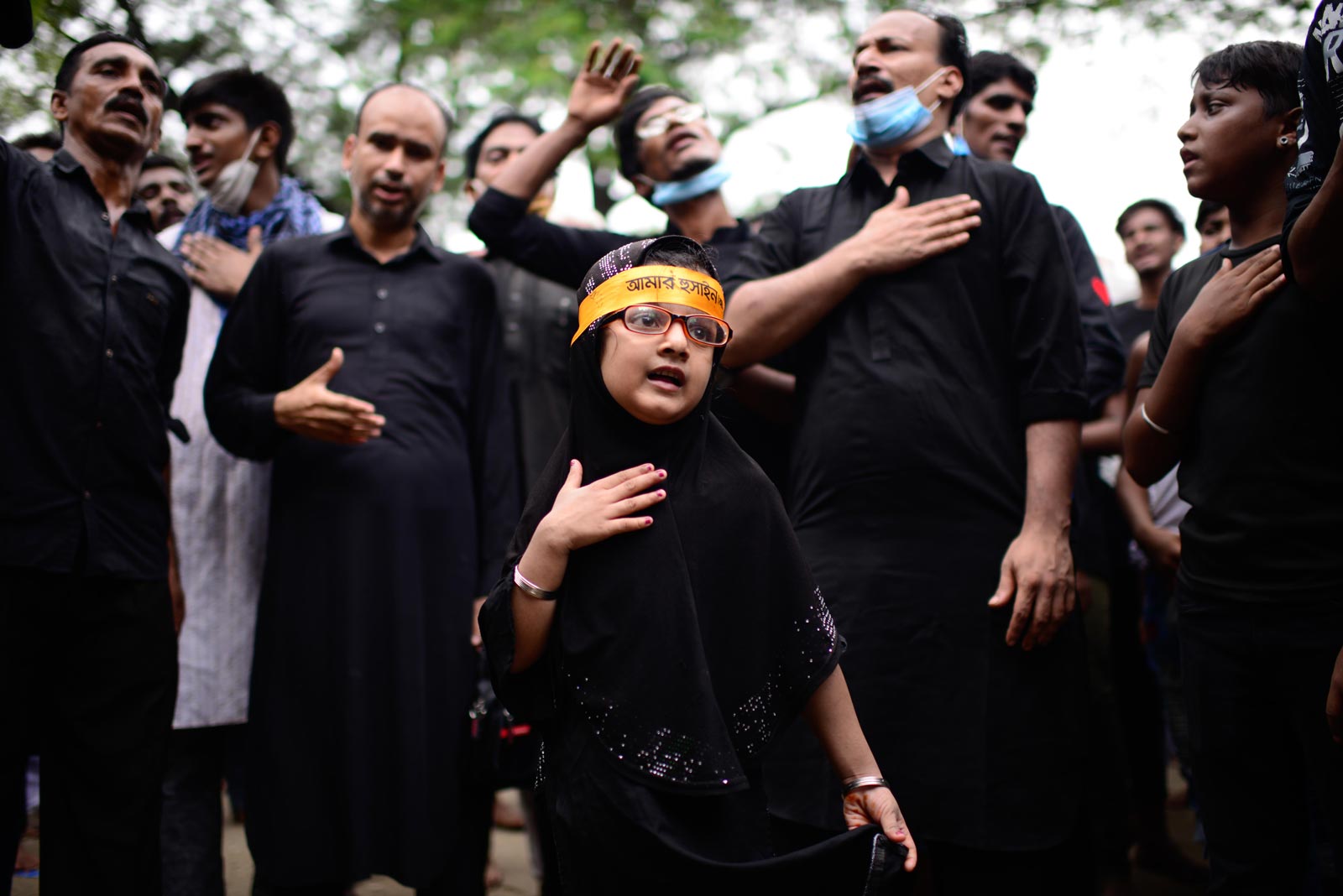 A constitution is not only a legal document; it is also a political document. It signifies the political consensus of a citizenry and thus every word in it bears specific political connotation. If it is agreed that secularism is interlinked with democracy, and democracy, along with secularism and other core principles, was the core of Bangladesh’s liberationist zeal, then the presence of contradictory wordings in the Constitution is bewildering. Even though the Constitution guarantees equal rights and opportunities to citizens irrespective of primordial factors such as religion, the presence of a state religion indirectly hints at the supremacy of that religion in the country. At least symbolically, this means Islam gets preferential treatment over other religions.

A review of the legal record

In Bangladesh, certain laws question the status of secularism. These include the Vested and Non-Resident Property (Administration) Property Act 1974, previously known as the Enemy Property Order 1965. This Act used to bear the legacy of an Order promulgated during the 1965 war between Pakistan and India. This Act contained the rules on what it defined as “enemy” and “enemy properties.” Many Hindus who had had to flee to India were termed supporters of India, and their properties were vested as “enemy properties” on the government of then Pakistan. These temporary wartime measures were continued even after the war finished. The wartime emergency was called off and the 1965 Ordinance was repealed in 1969 but a new legislation, named the Enemy Property (Continuance of Emergency Provisions) Ordinance 1969, was enacted, which continued some of the provisions relating to enemy properties that were in the repealed law.

Despite the emergence of Bangladesh in 1971, the oppressive law of 1969 remained in force.[1] It was repealed in 1974 but a new legislation was simultaneously enacted. The new law was called the Vested and Non-Resident Property (Administration) Act, 1974. The Act was finally repealed in 2001 by the Restoration of Vested Property Act, but the reality remains unchanged due to flawed legal provisions in the Act. The law, not on paper now but in practice, is a clear violation of the property right of Hindus as guaranteed by the Constitution (under Article 42) and thus a deviation from the spirit of secularism.

Another change in law that cast doubt on Bangladesh’s secular principles was the amendment of the Registration Act in 2004. Before this, all citizens, irrespective of their religion, had to pay an ad-valorem fee for registration of any deed related to the transfer of property, including gift deeds. After the amendment, Muslims were exempted from paying this; instead, a fixed amount of less than $2, irrespective of the value of the property, was set for them. This provision again was in derogation of secularism, hindering the state’s commitment to treat people from all religions and faiths equally.

Civil society at large and several human rights organisations advocated for the insertion in the Act of the same clause for people from other religions. In 2012, the law was amended by removing the discriminatory clause. After this, anyone making a gift under Hindu, Christian and Buddhist personal law would pay the same registration fee irrespective of the value of the property.[2]

In Bangladesh, the political consortium upholding the principle of the country’s liberation (the pro-liberation force), which includes major political parties like the Bangladesh Awami League, has promoted the zeal of secularism through several policies. Secularism as translated in Bengali in the Constitution is “dhormo niropekkhota.” The plain English translation of “dhormo niropekkhota” would be “state neutrality to religion.” This means that the state will work towards ensuring equal status of all religions and eliminating religious discrimination. The policies mentioned below reflect this constitutional commitment.

Bangladesh’s National Education Policy 2010 mentions its aspiration to prepare citizens to have respect for their own religion as well as for others’ faiths. Furthermore, in subsequent provisions, it reiterates that no educational institution should discriminate against students in respect of their religion and other primordial factors. Another policy that ensures neutrality towards religion is the National Women’s Development Policy 2011. Aiming to ensure the human rights and fundamental freedom of women, it requires the government to refrain from giving any statement or taking any initiative based on the wrong interpretation of any religion or any belief against the interests of women at local or state level.

Another example of a policy that manifests Bangladesh’s will towards secularist notions is its National Broadcast Policy 2013. This specifically mentions that every programme must show due respect to all religion and religious sentiment.

The soul of Bangladesh

Bangladesh has witnessed a history of tug of war between its pro-liberation force and an anti-liberation force that has trivialised the spirit of its founding principles. Unfortunately for Bangladesh, the war is heavily centred around secularism. Bangladesh’s current government, which is backed by most pro-liberation elements, has adopted different secular policies and amended a few discriminatory laws. These moves promise to uphold the true meaning of secularism.

Bangladesh has witnessed a history of tug of war between its pro-liberation force and an antiliberation force that has trivialised the spirit of its founding principles.

However, the policies on paper and policies in practice are quite different. Many policies in Bangladesh are losing their secularist imperatives under implementation. Moreover, the adoption of secularism is not the job of the government alone; it is incumbent on the people also to internalise the concept wholeheartedly. The bitter truth is that society in Bangladesh is losing its secular nature. If Bangladesh wants to honour the spirit of its liberation war and the foundation of its Constitution, then it must work towards a society that respects everyone’s religious faith. The aim should be to ensure equal respect for all not just on paper but also in reality. The aim should also be to celebrate the unique pluralism that is engrained in Bangladesh’s founding spirit.

[1] Through a Continuance Enforcement Order 1971.