Since independence, mandated by its international and constitutional obligation, Bangladesh has enacted various legislations to safeguard women and children from violence. As a signatory to the Convention on the Elimination of All Forms of Discrimination Against Women (CEDAW), and having endorsed the Beijing Declaration, Bangladesh is committed to the international obligation of implementing effective measures to overcome all forms of gender-based violence, whether occurring in public or private life. Apart from its international obligations, protection of women and children is also envisaged in the constitutional framework of Bangladesh.

In Bangladesh, the term “gender-based violence” has entered the mainstream discourse very recently, in line with evolving international norms and standards. Thus far, the term has not been used in any specific law. Until recently, legal and policy discourse in the country has emphasised only violence against women (VAW), without focusing on the broader framework of gender-based violence and harassment (GBVH). Now, however, the discourse on VAW has turned into one that focuses on GBVH as a whole, with VAW forming a significant part.

The key main criminal code of Bangladesh’s legal framework, is the Penal Code 1860, which was inherited from the colonial period, contains provisions to protect women from various forms of physical and sexual violence. However, during the 1990s, the degree of violence against women in Bangladesh rose sharply. There was an urgent need for a separate special law. As such, the Repression Against Women and Children (Special Provision) Act 1995 was passed. This law sanctioned the death penalty for rape resulting in death. In 2000, the Women and Children Repression Prevention Act (WCRPA) was enacted, repealing the previous 1995 special law.  The WCRPA was made even more elaborate, with stricter punishments for offences such as rape, sexual assault, acid violence and dowry violence. Other than the WCRPA, certain other special laws on gender-based violence, especially violence against women, have been promulgated in Bangladesh over the years.

Despite the presence of a wide spectrum of laws, many targeted policies, a strong civil society and various dedicated government agencies, eliminating violence against women has still remained a major challenge in Bangladesh. A number of key factors play a crucial role in perpetuating violence against women, including patriarchal social norms, women’s low rate of literacy, their lack of control over household income and more limited economic opportunities, discriminatory religious norms and unfair customs. Inadequacies in existing laws, along with their implementation, also hinder the process of preventing violence and ensuring justice for the victims of violence.

In Bangladesh, sexual violence is a major challenge within the area of eliminating VAW. The number of victims of sexual violence has been increasing at an alarming rate every year. The legal definition of rape was formulated during the British colonial rule and has not gone through any substantive legislative reform since Bangladesh’s independence in 1971. There are problems with the existing definition of rape. For example, it does not define “penetration.” As the definition of rape does not include other forms of penetration, the general understanding of the term within the meaning of penal-vaginal intercourse is used.

The legal definition of rape in Bangladesh also fails to elaborate on the meaning of the term “consent.” As a result, evidence of force is often required to establish absence of consent. Absence of marks of injury or signs of resistance on the body of the victim have often played a key role in deciding against the victim. Her consent is often presumed if she is poor, if she is married or if she has an “immoral character,” according to societal standards. This gender-biased definition also affects child brides because it does not criminalise marital rape of a girl aged 13. In doing so, it encourages a culture of forced marriage between young girls and potential perpetrators. 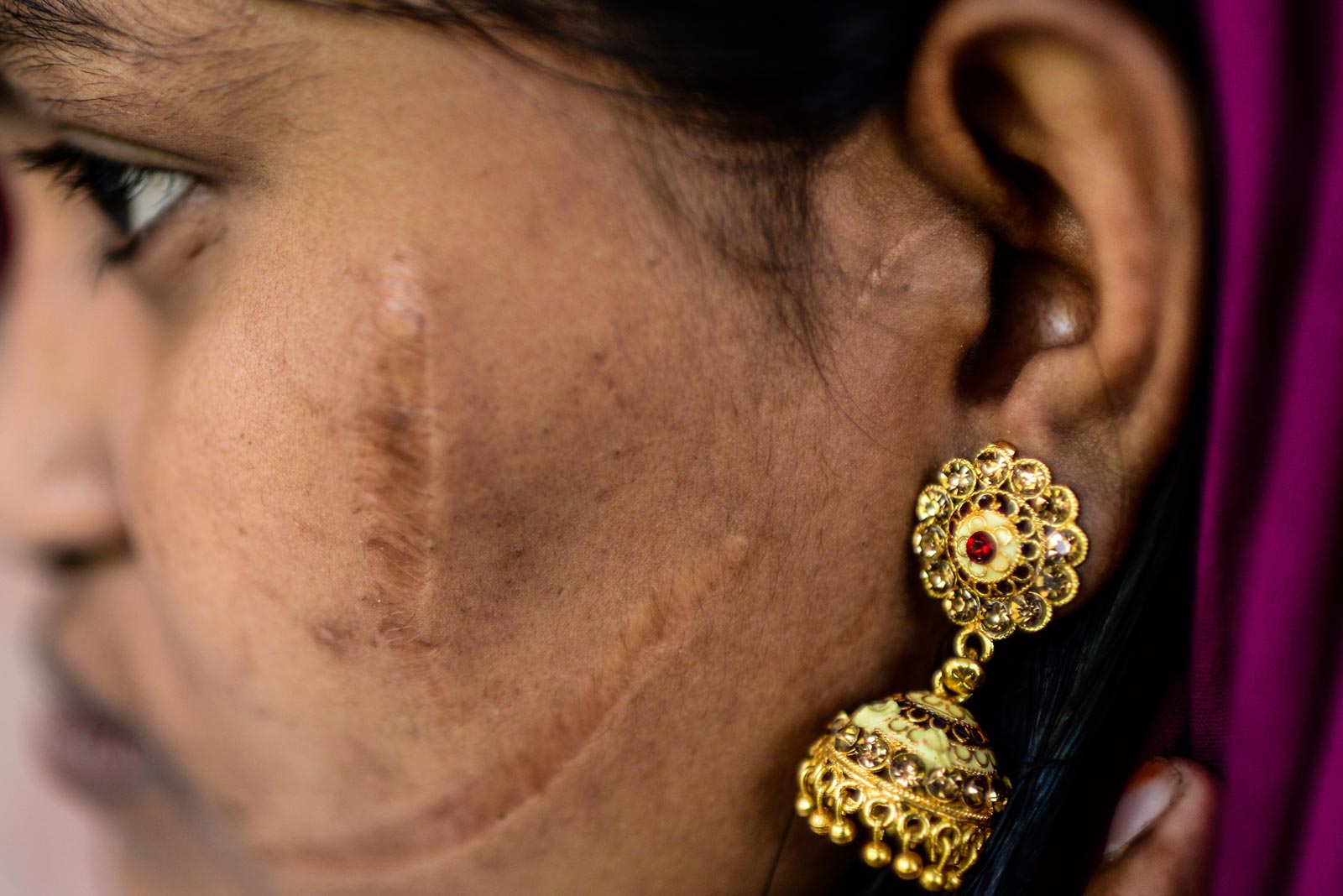 Although the Women and Children Repression Prevention Act (WCRPA) increased the minimum age for statutory rape to 16, it retained the Penal Code definition of rape. It did not also alter the marital rape exemption. Nevertheless, this new law prescribes stringent punishments (death penalty, life sentence) for rape.

Bangladesh’s Penal Code, as well as the WCRPA, does include offences such as sexual assault and offences of the nature of sexual harassment. However, these legal provisions define the terms of sexual assault and harassment very vaguely. The provisions include unclear phrases such as “intending to outrage the modesty of a woman” or “insulting her modesty.” The language used in these provisions does not emphasise the crux of the sexual offence – that it is a violation of a woman’s bodily integrity. Instead, it masks the seriousness of the act and requires a woman to prove that, by acts of sexual offence, her “modest character” has been harmed.

The existing law in Bangladesh allows the admission of evidence to show the “immoral” character of the victim in rape cases.[1] Using character evidence degrades the victim. Furthermore, Bangladesh generally lacks any comprehensive framework to effectively redress sexual violence against children. The laws do not differentiate between sexual violence against an adult and that against a child. Additionally, legal procedures do not address the special needs of various groups such as victims with any form of disability.

Despite the challenges mentioned above, the judicial activism of the Supreme Court of Bangladesh in redressing sexual violence represents a step forward in addressing the procedural and substantive gaps in the law.

For instance, acknowledging that current laws on sexual harassment were insufficient, in 2009 the Supreme Court issued some directives to address sexual harassment at work and in places of education. This judgement gave a detailed definition of what constituted sexual harassment. It also listed a few preventive measures to be strictly complied with by all work and educational places across the country.

However, in Bangladesh, the real challenge remains in the implementation of these judicial directives. In a case concerning a gang rape and a subsequent delay in filing the case, the Court issued an additional guideline to supplement the existing protection of victims of rape. In another instance, in 2013, the court declared the two-finger test, commonly practised to conduct the medical examination of victims of rape, illegal. It also provided directives for the process of the medical examination of rape victims.

An important obstacle for victims of sexual violence is the lack of trust that courts have in victims’ depositions. Although it is accepted that, in cases of sexual offence, there is no illegality in convicting the accused on the sole testimony of the victim, in reality the courts have rarely applied this rule in a rape prosecution. On the other hand, in a few decisions the courts have taken a much more liberal approach,[2] challenging the dominant notion by taking a stance in favour of the sole testimony of a rape victim.

The process of inferring consent in a rape prosecution is further tainted by the deep-rooted gender bias prevalent in Bangladesh’s criminal justice system.

Rape “myths,” related to the background, class or character of the victim, sometimes influence the court’s decisions in inferring consent. With qualifications such as “women of easy virtue” or “ill repute,” the evidentiary burden and lack of corroboration are further enhanced. This also appears to be true in cases of a married, or even “matured” – that is, full-aged – woman. Another persistent stereotype that rape needs to be “forceful” and “violent” leads to the acquittal of perpetrators where no sign of injury, struggle or resistance can be established. Meanwhile, there are other problems endemic to the whole criminal justice system in Bangladesh. These include a persistent backlog of cases, delays in investigations, negligence by law enforcement officials and lack of witness protection laws.

Both the law on sexual offences and its practice need an all-embracing review to be free from outmoded and often misogynist ideas. There is surely no single solution with regard to changing the scenario of rape justice, but such a reform process is surely overdue. In addition to this, measures need to be introduced to ensure the accountability of the actors in the justice system and to increase their sensitivity towards the plight of the victims. Most importantly, there needs to be an emphasis on changing the existing social tenet that ignores or deprioritises issues of violence against women and girls.

As Bangladesh is stepping onto its 50th year, there is hope for a safer and more equal space for all citizens, with the highest focus on gender-based violence and harassment at the policy level.

[1] Section 155(4) of the Evidence Act states that, “When a man is prosecuted for rape or an attempt to ravish, it may be shown that the prosecutrix was of generally immoral character.”