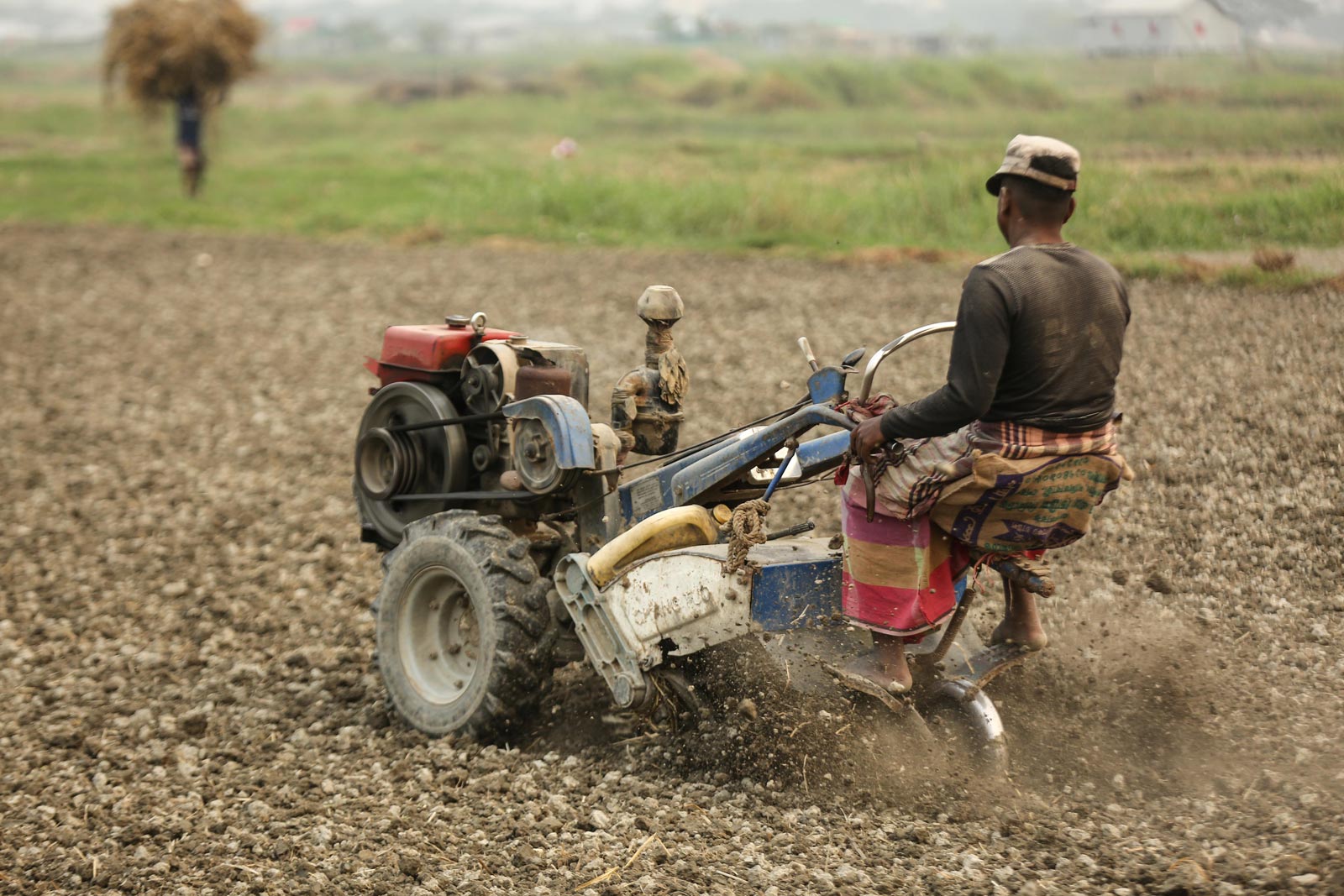 Bangladesh conducts its macroeconomic growth and development policy through a method of mid- and long-term planning over designated periods. These plans act as the backbone for all sectoral policies and all government agencies. The most continuous among them are the mid-term Five Year Plans. Between 1973 and 2002, Bangladesh implemented five successive Five Year Plans and an interim Two Year Plan (1979–1980). From 2003 to 2010, there was a shift from the Five Year Plan to a shorter-term Poverty Reduction Strategy Paper (PRSP). Since 2011, the government has switched back to the Five Year Plan approach. Between 2011 and 2020, Bangladesh adopted its Sixth, Seventh and Eighth Five Year Plans.

The Eighth Five Year Plan aims to attain two major development targets by 2030: the World Bank’s upper-middle-income-country status and the United Nations’ Sustainable Development Goals. The main strategies involve the macro-economic framework for GDP growth acceleration and youth-centric job creation. The plan also has the strategic directions of reducing poverty and inequality. Set targets include reducing poverty to 15.6% and raising economic growth to 8.5% of GDP by 2025. In 2010, Bangladesh started formulating long-term plans, which are essentially visionary in nature. These include strategies, programmes and project, which collectively make up the country’s development pathway. The first major long-term plan was the Perspective Plan 2010–2021. This covered long-term macro-economic stability and aimed to address poverty, inequality and human development while setting a double-digit economic growth target. It aimed to coincide with two Five Year Plans.

The longest plan that Bangladesh has adopted is the Delta Plan 2100. This is an integrated strategy that considers intergenerational risks and provides solution pathways. Issues related to climate change, water management, energy security and regulatory reforms are at the centre of this plan.

In 1972, just after its founding, Bangladesh identified population growth as its foremost problem. This was acknowledged in its mid-term development strategy, Bangladesh’s first Five Year Plan (1973–1978). An outline of a population policy was formulated in 1976. Eventually, a population policy was formulated in 2004, but this did not meet international standards. In 2012, the National Population Policy was formulated. This was aligned with Bangladesh’s international obligations, such as the Millennium Development Goals, the International Conference on Population and Development and the Convention on the Elimination of All Forms of Discrimination Against Women. The policy addresses the issues of gender, ethnicity and vulnerability of different population groups. It adopted short-, medium-and long-term strategies to transform the population into human resources and to expand interventions on reproductive health.

Bangladesh passed its Children Act 1974 to protect child rights. In 1990, it ratified the Convention on the Rights of the Child. It formulated a National Child Policy in 1994. The National Child Policy 2011 is the modernised version of this. It outlines the standards of services to children irrespective of their age, sex, religion and identity. The essence of the policy lies in safeguarding child rights, eliminating abuses against children and instilling a sense of citizenry in children.

Bangladesh has formulated a policy to address issues related to early childhood development. The policy, the National Early Childhood Care and Development 2013, targets children aged below eight years. It is oriented towards supporting the rearing of children with care and security and has an all-in element irrespective of a child’s gender, religion, special needs or socio-economic situation.

Policies targeting youth are vital to Bangladesh because the country has been experiencing a youth budge for many years. Youth make up nearly one-third of the population. To facilitate the growth of the youth demographic, Bangladesh formulated the first National Youth Policy in 1983; this was updated in 2003. The policy was geared towards developing young people’s capacity to exercise leadership. The most recent version, the National Youth Policy 2017, has been made holistic. It is aligned with the country’s development aspirations and aims to support young people to become progressive human beings. The policy also has strategies to bring services such as education, health and employment opportunities closer to youth. In this regard, an implementation roadmap, the National Plan of Action, has been rolled out.

To uphold the dignity and rights of older persons, Bangladesh formulated the National Policy on Older Persons in 2013. This outlines methods for senior citizens to access facilities, such as health vouchers, saving schemes, affirmative action, subsidised travel tickets and a pension system. Bangladesh’s policies that provide benefits to seniors, which come under its social safety net programmes, are the Old Age Allowance, Allowances for Widowed, Deserted and Destitute Women and Vulnerable Group Development. Bangladesh first introduced an old age allowance in 1997; since then, the number of beneficiaries has increased five-fold.

Gender equality is central to Bangladesh’s development agenda. The country first formulated a women’s issue-focused policy, the National Women’s Development Policy (NWDP), in 1997. This was renewed in 2004 and in 2008. The 2008 policy had an important element, in providing legal grounds for women’s equal rights, including property rights. The policy updated again in 2011 to target the most critical issues in Bangladesh: women’s equal share of property and fair opportunities in the labour market. The policy provides women with full control over their rights to land, earned property, health, inheritance and credit. It also upholds the rights of all women irrespective of their religion. A national work plan has been formulated to see through the implementation of this policy.

In 2012, Bangladesh formulated a progressive policy, the Policy on Small Ethnic Communities, to improve the lives of the target groups across the country. The gist of the policy is to engage the target groups, those who face marginalisation, in income-generating activities. Through this policy, Bangladesh has pledged to facilitate education and restore the diverse cultures of marginalised ethnic communities.

Bangladesh formulated it first National Health Policy in 2000. A revised National Health Policy of 2011 was crafted to update it with the country’s development aspirations. The policy acknowledges health care as a right and acts as an inter-sectoral document under which health, nutrition and population-related services are intertwined. Its core pillars are health for all and strengthened emergency response. Bangladesh’s health policy has defined objectives and an array of implementation strategies, which take public health indicators such as life expectancy, infant mortality and immunisation outreach as areas for both public and private investment.

Leapfrogging other developing countries, Bangladesh’s health sector policies have gone beyond physical well-being. Policies have been geared towards psychological and social elements, including issues related to mental health support systems and stress management. Bangladesh’s signature National Psychosocial Counselling Policy of 2016 was formulated to direct health strategies to cover mental healthissues. The policy is intended to expand access to psychosocial services. Bangladesh adopted a comprehensive policy on persons with disability, the National Disability Policy, in 1995. This was to pave the way to opportunities for persons with disabilities. A legal framework was enacted in 2001, under the Disability Welfare Act. In 2006, Bangladesh formed a coordination committee though which a National Disability Action Plan was formulated. The legal framework was further strengthened in 2013, when the Rights and Persons with Disabilities Act came into force, repealing the previous Disability Welfare Act of 2001.

In 1972, immediately after independence, Bangladesh formed a national commission to formulate progressive education policy. Bangladesh’s first education policy was set up in 1974, and five updated education policies were adopted between 1988 and 2010. The latest National Education Policy (2010) is focused on practical implementation of education programmes, and hence has been tagged the “pragmatic” education policy. Its objective is to cultivate human values and ethical thinking. It strategises skilling and reskilling as a mechanism to strengthen Bangladesh’s human resources.

For Bangladesh, rural development is essential because the majority of its population are from the countryside. Bangladesh formulated its National Rural Development Policy in 2001. This addresses constitutional obligations to uplift the standard of living of the rural population. Its governing principle is to guide rural development initiatives, such as focusing on village-level community development and employment generation activities for rural people.

Like many other developing nations, Bangladesh faces challenges related to food security. In 2006, a National Food Policy, with strategies for achieving food and nutrition security, was formulated. The goal is simple: to ensure food security for all people in the country at all times. Bangladesh’s strategy is to stabilise the supply of safe food, increase purchasing power and access to food for the people and ensure balanced nutrition for all. Some major indicators to track are undernourishment, child underweight and child stunting.

Catching up with the welfare states of advanced economies, Bangladesh has set up a social security system under a “leave no one behind” policy. Bangladesh’s National Social Security Strategy (NSSS) 2015 was formulated with the long-term aim of ensuring social protection that is responsive to lifecycle risks. The NSSS aims to involve the efficient use of resources and to strengthen the existing safety net delivery system. In Bangladesh, social security payments are designed to be digitised under a government-to-person (G2P) system. Bangladesh formulated a National Social Welfare Policy in 2005. This focuses on the poor and vulnerable section of the population and aims to expand social welfare services to disadvantaged communities. The policy also outlines regulations of various community-based social service organisations.